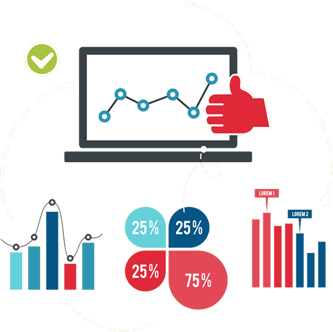 Goods and Services Tax (GST) in India is considered as one of most important tax reforms since independence. GST is one indirect tax for the whole nation on ‘supply’ of goods and services, right from the manufacturer / service provider to the ultimate consumer which will make India one unified common market. It is a comprehensive levy and envisages tax collection on both goods and services based on the principle of value added tax.

Both politically and economically, passage of The Constitution (One Hundred and First Amendment) Act 2016 was a major landmark. There were many complex issues which the Government had to resolve leading to introduction of dual GST structure. Now, both the Central and the State Government will simultaneously levy Central GST (CGST) and State GST (SGST) respectively across the value chain in intra-state supply. SGST shall be replaced by Union Territory GST (UTGST) in Union Territories. In case of inter-State transactions, the Central Government would levy and collect Integrated GST (IGST).

The Government has formed Goods and Services Tax Network (GSTN) as a non-profit organization to create an IT platform for all the concerned stakeholders to collaborate on a single portal. GSTN has entrusted GST Suvidha Providers (GSPs) with the responsibility of providing the much needed support to taxpayers in the IT ecosystem for GST. Further, Application Service Provider (ASPs) will act as a link between the taxpayers and the GSPs. ASPs will focus on taking taxpayers’ raw data on sales and purchases and converting it into the GST returns. This GST returns will then be filed with GSTN via GSPs. It emphasizes on voluntary compliance and accounts based reporting.

The Government is keen on roll-out of the historic tax reform by its target date of 1st July 2017.

How we can Assist:

The GST Council in its 31st Meeting at New Delhi on 22nd December 2018 took forward-looking approach by responding to key industry challenges like rationalization of tax rates, ease of compliances, clarifications on certain vexed issues and referring contentious issues to dedicated group of ministers etc.

The GST Council in its 28th meeting held on 21st July 2018 in New Delhi under the Chairmanship of Shri Piyush Goyal recommended significant changes in the GST laws on reduction in GST rates, simplified compliances and migration window for tax payers.

The GST Council in its 27th meeting held on 4th May 2018 approved principles for filing of new GST Returns, incentives on digital payments amongst others in order to provide relief to the taxpayers.

The GST Council in its 26th Meeting on 10th March January 2018 held at New Delhi recommended significant facilitative changes in order to provide relief to the taxpayers including the exporters.

The GST Council in its 25th Meeting on 18th January 2018 held at New Delhi recommended significant facilitative changes in order to provide relief to the taxpayers.

The GST Council in its 24th Meeting held on 16th December 2017 through video conference recommended implementation of much awaited e-way bill system in the country.

Please click here for the Press Release on recommendations made by the GST Council.

The 22nd GST Council Meeting was held at New Delhi on 6th October 2017 wherein decisions and changes pertaining to GST return filing, composition scheme, GST rates have been announced to improve ease of compliance for facilitating the trade and industry.

The E-way Bill Rules were finalized in GST Council meeting on 5th August 2017 and formally notified vide Notification No. 27 /2017 – Central Tax dated 30th August 2017. The effective date of implementation of the Rules is yet to be notified.

E-way bill is an electronic way bill for movement of goods which can be generated online through the GST portal.

Our Webinar on GST

Goods and Services Tax (GST), biggest tax reform since independence is now entering into return filing compliance phase. There is an anxiety over when and how GST to be paid and returns to be filed with regulatory authorities.

In an endeavor to simplify transition and ease out the difficulties faced by business, we are representing our alert on next course of actions to be taken this month.

Goods and Service Tax (GST) dubbed as the biggest tax reform since independence has finally been rolled out on July 1, 2017. After undertaking un-depth GST impact analysis over the months, businesses are now gearing up to be compliant with the new law. The next big thing is to file monthly GST Returns and transition compliances. The Government is leaving no stone unturned to handhold the industry in this phase. As a stepping stone, the Government has already relaxed in filing invoice level Return for the first two months of its rolling out.

The Government is keen on roll-out of the historic tax reform by its target appointed date of 1st July 2017. One of the keys to the success of Goods & Services Tax (GST) is smooth migration to new regime with minimum noise to business. The enrollment of existing or new taxpayers to GST is first step towards Transitional Provisions in the new regime.

The Goods and Services Tax (GST) Council, at its fourteenth meeting on 18th May 2017 held in Srinagar, has approved the rate structure on majority of the goods and services. The Government classified 1211 items under 98 categories of goods in various tax slabs i.e. 5%, 12%, 18% and 28% and has kept a large number of items under 18% tax slab.

As GST is set to be launched on 1st July 2017, it is important to understand who are required to get enrolled / registered before the appointed date i.e. the day when law comes into force.