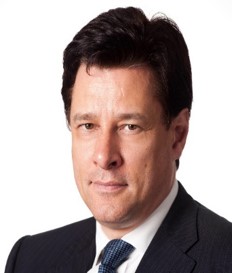 After studying Economics & Finance from the University of Namur, Belgium in 1988, Renaud worked with Generale Bank, the leading bank of Belgium, for 11 years including his tenure as Country Risk Manager in Italy. After take-over of General Bank by Fortis Group, he became in 2000 CEO and Country Manager of Fortis Bank Italy. During this period, he developed from scratch different verticals such as commercial banking, leasing, factoring, merchant banking, private banking and asset management. In 2008, he became nominated CEO of Fortis Lease Italy and few months later he was also appointed General Manager of Fortis Lease Romania IFN in Bucharest. From 2010 till 2017, he has worked with GE Capital including his stint as CEO of GE Capital Finance Italy, the factoring business service line. Currently, he is Executive Director of Mitigram, a Swedish digital Trade Finance platform and is also provides consulting on various projects such as mergers & acquisitions, receivable finance and corporate debt. He is official advisor for economic and foreign trade matters of Belgian Embassy in Rome. He is proficient in English, French, Italian, Dutch.